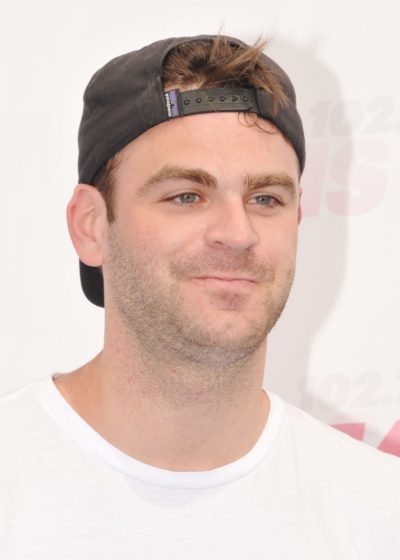 Alex Pall is an American music producer. He is one-half of the duo The Chainsmokers, along with Andrew Taggart.

His father, Bill Pall, was American, and was from a Jewish family. His mother, Margaret, is an English emigrant, from London.

Alex’s paternal grandfather was David Boris Pall (the son of Adolph/Adolf Pallant, later Pall, and of Masha “Mary” Donner). David was a Canadian chemist, who was born in Thunder Bay, Ontario, and was raised in Saskatchewan. He founded Pall Corporation, and invented the Pall filter used in blood transfusions. Adolph and Mary were Ukrainian Jewish emigrants, from Melitopol, Zaporizhia Oblast.

Alex’s paternal grandmother was Josephine Harriet “Josie” Blatt (the daughter of Velvel Moshe/Moses “William” Blatt and Lucy Romberg). Josephine was born in Massachusetts, U.S. Velvel was the son of a Polish Jewish emigrant, Yosef Tavi Blatt, later Joseph Henry Blatt, of Wrocław, and of Louise Singer, whose father, Isidor Singer, later Isidore Singer, was a Polish Jewish emigrant, from Poznań, and whose mother, Pauline Abrams, was a German Jewish immigrant. Alex’s great-grandmother Lucy was a Ukrainian Jewish emigrant, from Kharkiv, and was the daughter of Chanoch Henich Chaimovych “Henry” Romberg and Esther Malka/Mollie Solomovna Levinskaya/Levinsky.

Alex’s maternal grandmother was Lady Dušanka Messinger. Dušanka’s name is of Serbian or Croatian origin. Her surname is German.