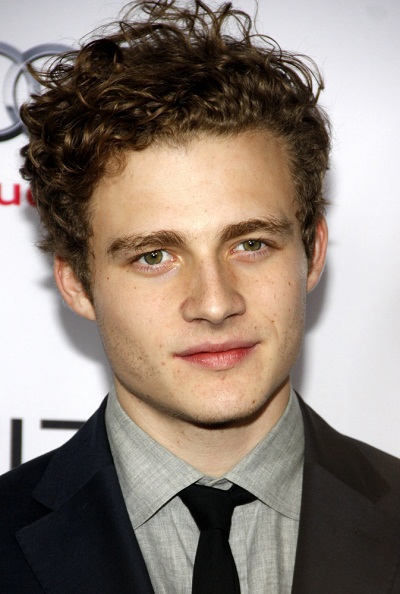 Rosenfield in 2014, photo by Prphotos.com

Ben Rosenfield is an American actor and musician. He has also been credited as Benjamin Rosenfield. He is the son of Kate Redway, an actress, and Stephen Rosenfield, a comedy teacher, who founded the American Comedy Institute, a comedy school. Ben is a great-grandson of Danish diplomat Henrik De Kauffmann.

Ben was raised Jewish and had a Bar Mitzvah ceremony. He has said that, as a child, he “connected deeply to [his] Jewish ancestry, and practiced the religion faithfully.”

Ben’s paternal grandfather was Abraham Rosenfield (the son of Isaac Rosenfield and Gertrude Braunstein). Abraham was born in Montréal, Québec, Canada, to Romanian Jewish parents. He was a labour organizer. Isaac was born in Iasi, Iasi. Gertrude was born in Bancesti, Vaslui, the daughter of Wolf Braunstein and Jennie Shoilovitch.

Ben’s paternal grandmother was Edith Tilkin (the daughter of Itsak Tilkin and Sonya Applebaum). Edith was a Jewish emigrant, from Poloski, Lubelskie, Poland, or Neppapatrov, Ukraine. She was also a labour organizer. Ben’s paternal grandparents co-founded a temple in Larchmont, New York.