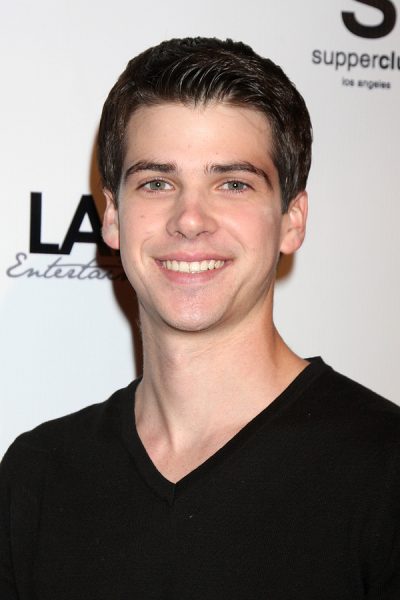 Pierce in 2013, photo by kathclick/Bigstock.com

Brett Pierce is an American actor and singer. His sister is actress Sheridan Pierce.

His paternal grandparents were Holocaust survivors.

Brett’s paternal grandfather was Stanislaw Pieprz/Stanley Pierce (the son of Zev Pieprz and Helen Erlich). Stanley was born in Czestochowa, Poland, at the time occupied by the Germans during World War I.

Brett’s paternal grandmother was named Lydia Siemiatycka/Siemiatycki (the daughter of Ido Siemiatycki and Felicia). Lydia was born in Free City of Danzig, at the time (1920-1939) an autonomous city-state.

Brett’s maternal grandmother was Mary/Meriam Rofer (the daughter of Solomon/Salomon Rofer and Bella Deborah Bratt/Bialobroda). Mary was born in Guadalajara, Jalisco, Mexico, to parents of Polish Jewish descent. Solomon was born in Krasnobrod, Poland, the son of David Rofer and Etl Albaum. Bella was born in London, England, the daughter of Shmuel/Sam/Samuel Bialobroda/Bratt and Mary/Miriam/Marmel Eisenberg, who were born in Kielce, Swietokrzyskie, Poland, with roots in the Kielce town of Chęciny.

Genealogy of Brett Pierce (focusing on his mother’s side) – https://www.geni.com