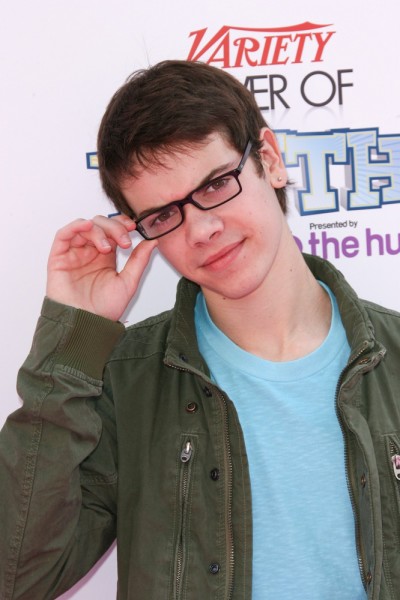 Alexander Gould is an American actor. He is known for voicing Nemo in the film Finding Nemo, and for his role on the show Weeds.

Alexander is a practicing Conservative Jew. He is married to actress Lieba Hall Gould. Lieba is also Jewish.

Alexander’s paternal grandfather is Harold I. Gould (born Harold I. Evans, the son of Gene D. Evans and Beatrice Cecile Altman). Harold was born in California. Harold’s surname was changed from Evans to Gould, the surname of his own stepfather, Erwin Gold/Gould. Alexander’s great-grandfather Gene Evans was either born in New York, to parents from Russia, or was born in Russia himself, as well. Beatrice was born in New York, to parents from Poland, Julius Altman and Helen Justman, from Warsaw.

Alexander’s maternal grandfather is Stanford Ivan Zisser (the son of Lesser/Lester Jerome Zisser and Dorothy Bloom). Stanford was born in California. Lesser was born in Pennsylvania, to a father, Abraham Zisser, who was born in Russia, and to a mother, Mollie Brwon, who was born in New York, to parents from Russia. Dorothy was born in Poland, the daughter of Benjamin/Ben Bloom and Yetta Mary Knight.

Genealogy of Alexander Gould (focusing on his mother’s side) – http://www.geni.com