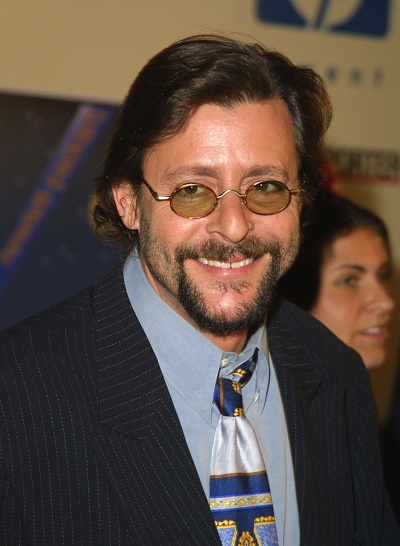 Judd Nelson is an American actor, screenwriter, and producer. He is known for his role as John Bender in The Breakfast Club.

Judd’s family is Jewish (from Russia, Poland, Romania, and Lithuania). He is the son of Merle (Royte), a member of the Maine state legislature, and Leonard Nelson, a corporate lawyer. His father was the first Jewish president of the Portland Symphony Orchestra.

Judd’s paternal grandfather was Harold Paul Nelson (the son of Arthur Joseph Nelson and Freda Smofsky). Harold was born in either Canada or Maine, to Russian Jewish parents. Arthur was the son of Joseph Nelson and Mary. Freda was the daughter of Leon Smofsky and Ida Jacobson.

Judd’s paternal grandmother was Mildred Anne Rolnick (the daughter of Oscar Rolnick and Breindel Babrov/Bessie Berman). Mildred was born in Maine, to Polish Jewish parents. Oscar was the son of Israel Labe Melamed and Yechevid Nechamed Gotlieb. Breindel was the daughter of Itzhak Babrov and Minnie.

Judd’s maternal grandmother was Lillian D. Rosen (the daughter of Leon Rosen and Julia Setoff). Lillian was born in Boston, Massachusetts, to Jewish parents from Eastern Europe. One record states that they were from Russia. Another states that her father was from Lithuania and her mother was from Poland.