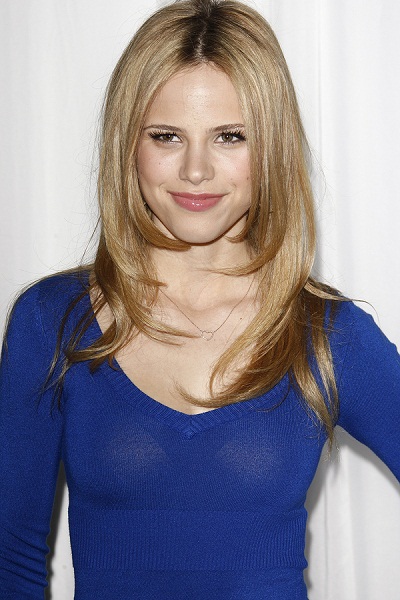 Sage in 2012, photo by Joe Seer/Bigstock.com

Halston Sage is an American actress and singer. She is known for her roles in the films Neighbors, Paper Towns, Goosebumps, and Before I Fall, among others.

Halston’s paternal grandfather was Morris Schrage (known as Morris Sage, the son of Michael K. Schrage and Ros’chen/Rose/Rosa Bercowitz). Morris was born in Lodz, Poland, to parents from Riga, Latvia. Morris lived in Cuba before settling in Los Angeles. Michael was the son of Mozes Faivela Sraga and Matle/Mathilda D. Kapulsky. Ros’chen’ was the daughter of Ezechiel Berkowitz/Berkovics and Chane-Mere Gedvidzer.

Genealogy of Halston Sage (focusing on her mother’s side) – https://www.geni.com