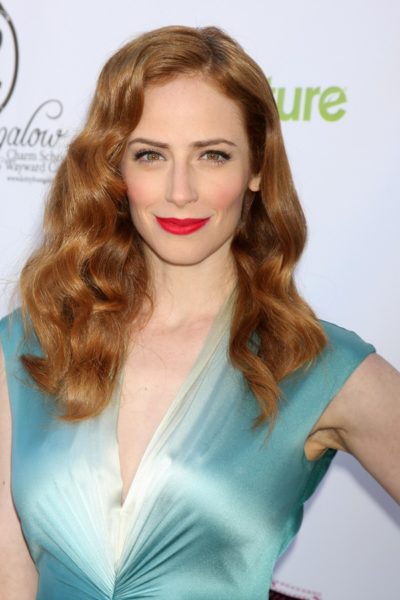 Newman in 2015, photo by kathclick/www.bigstockphoto.com/

Jaime Ray Newman is an American actress and singer.

Jaime is the daughter of Marsha and Fredric Newman. Her parents are Jewish. Jaime is married to Israeli-born writer/director Guy Nattiv, with whom she has a daughter. Guy is the grandson of Holocaust survivors. Jaime is a cousin of actor Ben Kurland.

Jaime’s paternal grandfather was Albert Newman (the son of Rubin/Ruben Benj Newman and Nettie). Rubin was from Lithuania. Nettie was from Poland.

Jaime’s paternal grandmother was Phyllis Ruth Wener (the daughter of Samuel Wener and Lillian Hershcovitz). Samuel was born in Smila/Smela, Cherkas’ka oblast, Ukraine, the son of Frank Wener and Ida Shatz, who was born in Vilnius, Lithuania. Lillian was born in Romania.

Jaime’s maternal grandfather was named (Adolph) Ray Raphael (likely the son of Louis Raphael and Esther). Louis was from Poland. Esther was from Russia.

Sources: Genealogy of Jaime Ray Newman (focusing on her father’s side) – http://www.ancestry.com

Genealogy of Jaime’s paternal grandmother, Phyllis Ruth Wener (focusing on her own father’s side) – https://www.geni.com