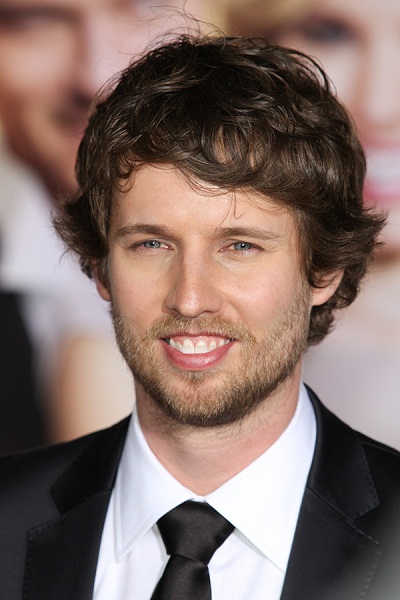 Heder in 2010, image via Photo Works/Bigstock.com

Jon Heder is an American actor and producer. He is known for starring in the film Napoleon Dynamite (2004).

He was raised in an LDS (Mormon) family.

Jon is the son of Helen (Brammer) and James Heder. He is married to Kirsten Bales, with whom he has four children. His uncle by marriage is NFL running back and WCAU sportscaster Vai Sikahema.

He has many American-born ancestors going back to the 1600s, and Swedish, Danish, English, Scottish, German, and Dutch roots.

His patrilineal line can be traced back to his great-great-grandfather, John William Heder, who was born in 1856, in Uppegarden, Venesborg, Elfsborg, Sweden, to Johannes Olofsson and Christina Neilsdatter. Jon has stated:

My last name used to be Olafsen. Close to oaf. I guess, I don’t know. I was the son of Olaf, the town idiot. They just thought Heder sounded cool. And I agree. It’s easy. And it’s cooler.

Jon’s paternal grandmother was Joyce K. Knudsen (the daughter of James Clyde Knudsen and Amelia Elizabeth Robbins). Joyce was born in Utah, to Utah-born parents. James was the son of James Christian Knudsen, whose parents were Danish, from Toreby, Maribo and Odense, respectively; and of Emma John. Jon’s great-grandmother Amelia was the daughter of Aaron Rogers Robbins and Elizabeth Swenson, whose parents were Swedish.

Jon’s maternal grandfather was Joseph Smith Brammer (the son of Douglas Brammer and Elsie Hollingsworth). Joseph was born in Utah, to parents who were born in Yorkshire, England. Douglas was the son of William Henry Brammer and Ada Smith. Elsie was the daughter of Thomas Hollingworth and Eliza Mellor.

Sources: Genealogy of Jon Heder (focusing on his father’s side) – http://worldconnect.rootsweb.ancestry.com

Genealogy of Jon’s paternal great-grandfather, James Clyde Knudsen (focusing on his own father’s side) – http://worldconnect.rootsweb.ancestry.com

Genealogy of Jon’s paternal great-grandmother, Amelia Elizabeth Robbins (focusing on her own father’s side) – http://worldconnect.rootsweb.ancestry.com