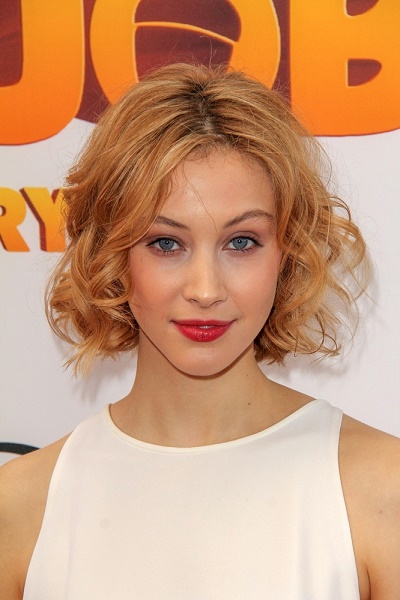 Sarah Gadon is a Canadian actress.

Sarah’s paternal grandfather was Harold Francis Gadon (the son of John Edward Gaudon/Gadon and Anne/Annie Marcella Garnier). Harold was Canadian, and had French-Canadian ancestry; he was born in Corner Brook, on the island of Newfoundland. John was the son of Edward Gaudon and Elizabeth Aucoin. Anne was the daughter of Francois Garnier and Elizabeth LeBlanc.

Sarah’s paternal grandmother was Moira/Mary Katherine Dowsen (the daughter of George Thomas Dowsen and Abigail Mary Healy). Moira had English and Irish ancestry, and was born on the island of Alderney, which is part of the Bailiwick of Guernsey, in the Channel Islands. George was born in Newcastle upon Tyne, Northumberland, England, the son of George Thomas Dowsen and Mary Jane Roach. Abigail was the daughter of James Healy and Ellen Leary.

Sarah’s maternal grandmother was named Antonia Salviati. A picture of Antonia can be seen here.