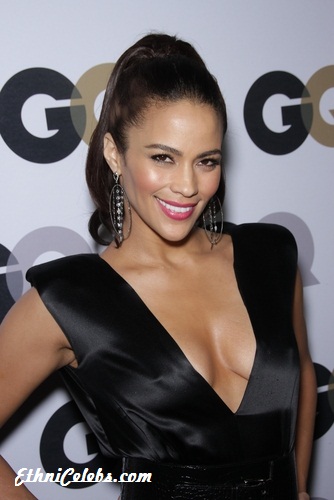 Patton in 2011, photo by s_bukley / Shutterstock.com

Her father, Charles Patton, is black. Her mother, Joyce (Van Raden), who is white, has German, English, and at least 1/16th Dutch, ancestry. Paula has identified herself as Black. She has stated:

I find it [the term “biracial”] offensive. It’s a way for people to separate themselves from African-Americans… a way of saying ‘I’m better than that.’ I’m black because that’s the way the world sees me. People aren’t calling Barack Obama biracial. Most people think there’s a black president.

Paula has a son with her former husband, singer and songwriter Robin Thicke.