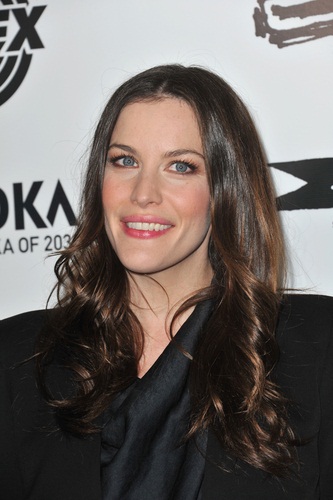 Liv Tyler is an American actress, producer, and model. She is known for starring in the films Armageddon and the Lord of the Rings series.

Her biological father is Steven Tyler (born Steven Victor Tallarico), a musician, and her mother, Bebe Buell, was a consort to rock stars. Among Liv’s half-siblings are model Mia Tyler and musician Chelsea Tyler.

Liv has a son with her former husband, English musician Royston Langdon; and two children with her partner, British sports and entertainment manager David Gardner.

Liv was evidently born Liv Rundgren; for a time, Liv believed that musician Todd Rundgren was her biological father.

Liv’s paternal grandmother was Susan Ray Blancha (the daughter of Felix Carol/Corol Blancha, whose surname was originally Czarnyszewicz, and of Bessie June Elliott). Susan was born in Pennsylvania. Felix was a Polish emigrant, who was evidently born in Minsk, Belarus, and was the son of Franciszek/Frances Czarnyszewicz and Apolonia/Apolio Miluta/Emilit. Bessie was the daughter of Robert J. Elliott and Edna R. Tibbets.

Liv’s maternal grandfather was Harold Lloyd Buell (the son of Waldo Edgar Buell and Gertrude M. “Gertie” Fairchild). Harold was born in Keokuk, Lee, Iowa. Waldo was the son of Herbert W. Buell and Sarah A. Rhoades. Gertrude was the daughter of Franklin L. Fairchild and Jane A. “Jennie” Campbell.

Liv’s maternal grandmother was Dorothea Jean Brown (the daughter of James Curtis Brown and Florence Parker). Dorothea was born in Pinehurst, Moore, North Carolina, and founded the Protocol School of Washington, in Yarmouth, Maine. James was the son of George Rufus Brown and Mary Ann Maynard/Maness. Florence was the daughter of Elijah James Parker and Effie Jane Howell.