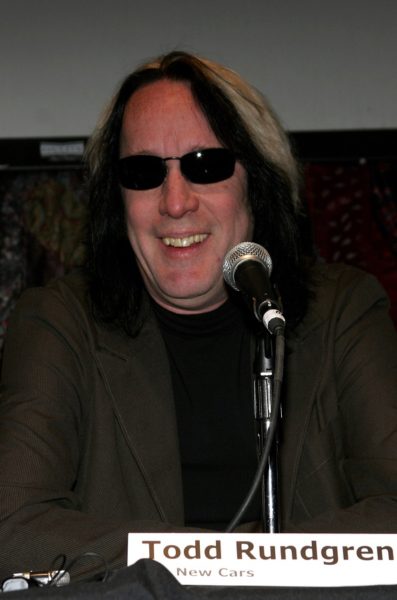 Rundgren in 2006, photo by Prphotos

He is the son of Ruth Lois (Fleck) and Harry William Rundgren. He is married to Michele. He has two children with his former partner Karen Darvin; and a son with Michele.

Todd’s paternal grandmother was named Sophia/Sophie Brandweis (the daughter of Max Brandweis and Yetta). Sophia was a Jewish emigrant, from Poland.

Todd’s maternal grandparents were named Frank A. Fleck and Mable/Mabel R. Rohrer. Frank and Mable were born in Pennsylvania.

For a time, Todd was incorrectly believed to be the biological father of actress and model Liv Tyler.