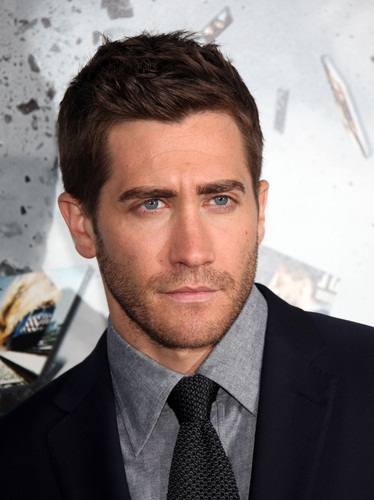 Jake Gyllenhaal is an American actor and film producer. He is known for starring in the films October Sky, Source Code, Brokeback Mountain, and Donnie Darko, among many others. He is the son of Stephen Gyllenhaal, a director and poet, and Naomi Foner Gyllenhaal, a screenwriter and director. His sister is actress Maggie Gyllenhaal.

Jake’s father is of one quarter Swedish ancestry, with Jake’s father’s other roots being English, Swiss-German, German, Scottish, and distant Welsh and French. The surname Gyllenhaal originates from Sweden.

Jake’s mother is Jewish (of Polish Jewish and Latvian Jewish descent). Jake was raised mostly in the Jewish religion. He has stated that he considers himself Jewish.

Jake’s paternal grandfather was Hugh Anders Gyllenhaal (the son of Leonard Efriam/Efraim/Ephraim Gyllenhaal and Philo/Philola Pendleton). Hugh was born in Pennsylvania. Leonard was the son of Anders Leonard Gyllenhaal, who was born in Klotens bruk, Ramsberg, Västmanland, Sweden, and of Selina/Selma Amanda Nelson, who was of Swedish descent. One of Leonard’s five times great-grandfathers, George Fleetwood, was English. Jake’s great-grandmother Philo was the daughter of Charles Rittenhouse Pendleton and Sarah/Sara Patterson “Sallie” Peeples/Peoples.

Jake’s paternal grandmother was Virginia Lowry/Lowrie Childs (the daughter of Geoffery Stafford Childs and Olivia Hughes Waelchli). Virginia was born in New York. Geoffrey was the son of Walter Cameron Childs and Edith Worcester Smith. Olivia was born in Berlin (now Kitchener), Waterloo County, Ontario, Canada. Olivia’s father, The Rev. Frederick Edwin “Fred” Waelchli, was the son of Swiss parents, of Swiss-German descent. Olivia’s mother, Elizabeth Alivia/Elwina/Alena Hawke/Hughes, was from Ontario, Canada, and had English, German, and distant Welsh, ancestry. Most of the rest of Jake’s father’s ancestry is English, with distant French.

Jake’s maternal grandmother was Ruth Silbowitz (the daughter of Schmuel Benjamin Silbowitz and Yetta Schklar/Sklar). Ruth was born in New York, to Latvian Jewish parents. Benjamin was born in Dvinsk, the son of Chaim Nosson/Nathan Zelbowitz and Fruma Gore. Yetta was the daughter of Jackob Schklar and Seroh Domge. It is possible that Jake is related to actor Logan Lerman through Jake’s Silbowitz line, which may lead to common ancestors with Logan’s Zelbovitz line.