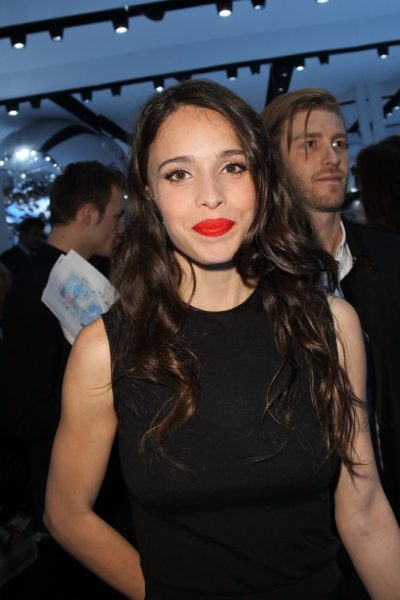 Chelsea Tyler is an American singer, songwriter, and musician. She is the daughter of musician Steven Tyler (born Steven Victor Tallarico) and fashion desginer Teresa Ann Barrick. Among Chelsea’s half-siblings are actresses/models Liv Tyler and Mia Tyler. Chelsea is married to actor Jon Foster, and together they form the electro soul duo Kaneholler. The couple has one child.

Chelsea’s father is of one quarter Italian, one quarter German, and one quarter Polish, descent, and also has English, and distant Welsh, ancestry; on the show Who Do You Think You Are? (2017), Chelsea’s sister Liv discovered that her great-great-great-great-grandfather, Robert J. Elliott, was of half or part African-American ancestry. He was married to her ancestor, English-born Elizabeth “Betsey”/”Betsy” Rollins, in New York.

Chelsea’s paternal grandmother was Susan Ray Blancha (the daughter of Felix Carol/Corol Blancha, whose surname was originally Czarnyszewicz, and of Bessie June Elliott). Susan was born in Pennsylvania. Felix was a Polish emigrant, who was evidently born in Minsk, Belarus, and was the son of Franciszek/Frances Czarnyszewicz and Apolonia/Apolio Miluta/Emilit. Bessie was the daughter of Robert J. Elliott and Edna R. Tibbets.

Chelsea’s maternal grandmother is Helan Addie Shultz (the daughter of Orville/Arvil L. Shultz and Fannie/Fanny Kyron). Orville was the son of James Fay Shultz and Addie Belle/Joahana Adda Shackelford. Fannie was born in Turkey, and was likely of Greek descent.

Genealogy of Chelsea Tyler (focusing on her mother’s side) – http://www.genealogy.com

Genealogy of Chelsea’s maternal grandmother, Helan Addie Shultz (focusing on her own father’s side) – http://wc.rootsweb.ancestry.com