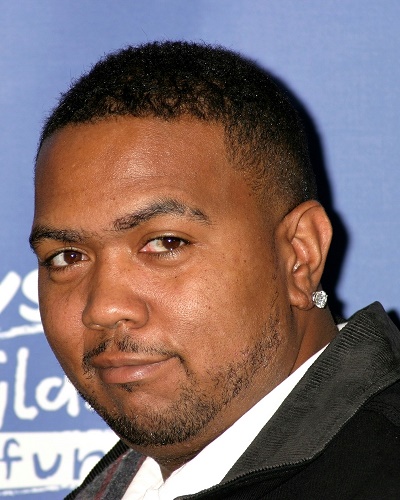 Timbaland in 2003, photo by Prphotos

Timbaland is an American musician, record producer, DJ, rapper, singer, songwriter, and record executive. He has also been known as DJ Timmy Tim, Timbo, Timar, and Mozart Timadeas. He is the son of Latrice, who ran a homeless shelter, and Garland Mosley, an Amtrak employee, and was raised in Virginia Beach, Virginia. His brother is rapper Sebastian. Timbaland is married to publicist Monique Idlett. He has three children, including two with Monique.

Timbaland is said to be a cousin of rapper and singer Pharrell Williams.