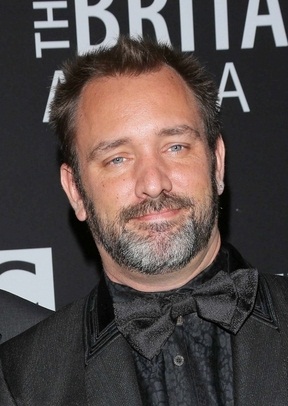 Trey Parker is an American actor, animator, writer, producer, director, and composer. He is a co-creator and spearheader of the series South Park, and has also starred in and produced the films Orgazmo and Team America: World Police, all along with his career partner Matt Stone.

Trey is the son of Sharon and Randolph “Randy” Parker, a geologist. His parents have the same names as Stan Marsh’s parents on South Park, and his father the same occupation. Stan Marsh was also the name of his step-grandfather. Trey has a daughter with his former wife Boogie Tillmon.

Trey is a tenth cousin, once removed, of Matt Stone, through Trey’s maternal, and Matt’s paternal, ancestors Richard Kimball (1595-1675) and Ursula Scott (1597-1660). Such a relationship is common between two people with Colonial American ancestry.

Source: Genealogy of Trey’s paternal grandfather, Maurice Mabie Parker (focusing on his own father’s side) – https://www.findagrave.com