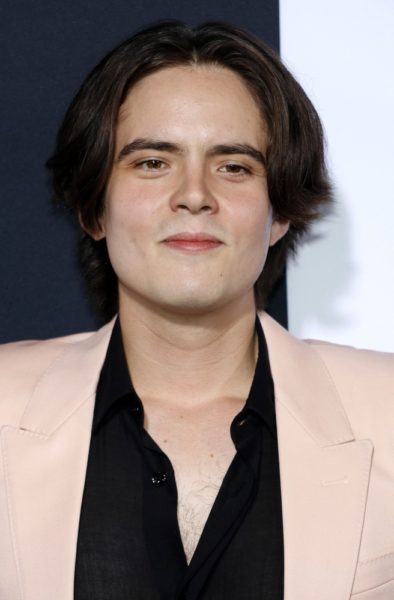 Robbins in 2018, photo by Prphotos

Miles Robbins is an American actor and musician. He is a disc jockey and producer under the name Househusband. He is known for his roles in the films Blockers and Halloween (2018), among others.

Many of his ancestral lines have resided in the United States since the 1600s through his father.

Miles’s paternal grandfather was Gilbert Lee Robbins, a folk singer, musician, and actor (the son of Richard Leewilsie/Lee Robbins and Agnes Josephine Hughes). Gilbert was born in Washington. Richard was the son of Walter Appleton Robbins and Mary Judith Taylor. Agnes was the daughter of James Ambrose Hughes, whose father was Irish, and of Clara A. Helgeson, whose own parents, Halvor/Henry Helgeson and Anna/Annie Johnson, were Norwegian.

Miles’s paternal grandmother was Mary Cecelia Bledsoe, an actress (the daughter of Maynard Tevis Bledsoe and Thelma Cecilia Matthews). Mary was born in Missouri. Maynard was the son of James William Bledsoe and Martha Alice/Ameda Pursell. Thelma was the daughter of Albert/Bert Tilden Matthews/Mathews and Letitia/Lettie Marie Johnson, who was of mostly French/French-Canadian descent.