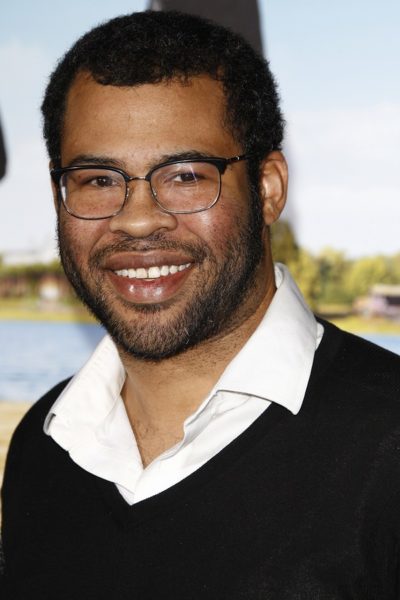 Peele in 2012, photo by Joe Seer/Bigstock.com

Jordan Peele is an American actor, comedian, and filmmaker. He is known for writing, directing, and producing the films Get Out, Us, and Nope. He has often worked with Keegan-Michael Key, and the two are known as Key & Peele.

His father, Hayward Peele, Jr., was black. He was born in North Carolina. Jordan’s mother, Lucinda J. Williams, is white, of English descent, along with remote Scottish and Dutch. She was born in Salisbury, Maryland. She has roots in Colonial America of the 1600s, specifically Maryland and Massachusetts. Jordan is married to actress and comedian Chelsea Peretti, with whom he has a son.

A DNA test whose results were displayed on the show Finding Your Roots with Henry Louis Gates, Jr. (2021) stated that Jordan’s genetic ancestry is:

In 2015, The New Yorker wrote that growing up, Jordan’s mother “had her share of dealing with other people’s incredulity, especially as a pale, blue-eyed blonde.” She was quoted as saying:

Having parents with different ethnic identities was not a particularly unusual situation here [in Manhattan], nor was being raised by a single parent… [Jordan was] obviously my joy… [but strangers tended to] assume he was adopted or I was watching someone else’s child. When he was still in a stroller, I would see people’s faces freeze and then look away upon leaning in to admire the baby. You could almost see a ‘Does Not Compute’ sign light up in their eyes.

Jordan’s paternal grandmother was Lucy May/Mae Doggert (the daughter of Mancy Doggert and Hattie/Harriet/Mattie Burnett/Burnette/Bernett). Lucy was born in North Carolina, the daughter of sharecroppers who worked on a farm with tobacco, peanuts, and corn. Mancy was the son of Adam Doggert/Doggett/Dogert and Georgeana/Georganna/Georgianna Tillery. Hattie was the daughter of Sidney/Sydney Robert Burnette/Burnett and Lucy A. Lynch.

Genealogy of Jordan Peele (focusing on his mother’s side) – https://famouskin.com