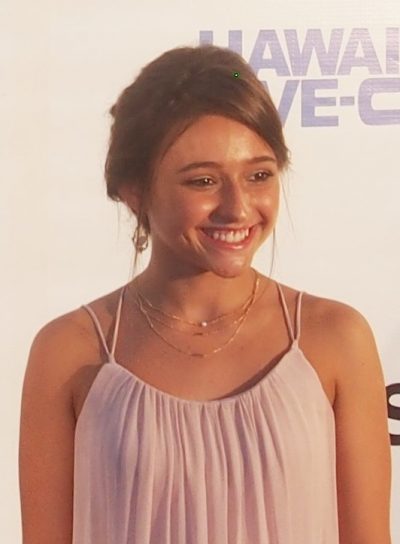 Grubbs in 2015, photo by Gordon Fahey/Bigstock.com

Teilor Grubbs is an American actress. She has appeared on the series Hawaii Five-0 and in the film The Dawn (2021).

Teilor’s maternal grandfather is John Kalani Puu (the son of Henry Hoopai/Hoopie P’uu and Beryle/Beryl/Gayle Pollyanna Hamilton). John was born in Hawaii. Henry was born in Hawaii, the son of John Kalani P’uu/Miguel, whose own father, José “Joseph” Miguel, was Portuguese, and whose own mother, Malaia “Maria” Kealoha Keawe, was Native Hawaiian; of Lydia Evilda Kinsch, who was from Kansas, and was mostly of German, Luxembourgish, and English descent.

Teilor’s great-grandmother Beryle was born in Hawaii, the daughter of Carson Lester Hamilton and Rose Marks. Carson was listed as “Mulatto” on the 1910 and 1920 U.S. Censuses, and was the son of Thomas Martin Hamilton and Sallie Carson. Rose was born in Hawaii, to Portuguese parents, João “John” Marques/Marks and Maria Souza, who were from the Azores and Madeira, respectively.

A picture of Teilor’s great-great-grandparents Carson and Rose can be seen here.