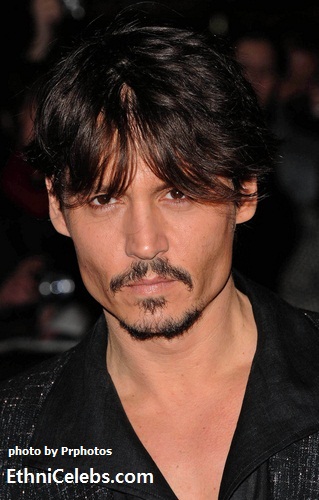 Johnny Depp is an American actor, producer, and musician. He is the star of the films Edward Scissorhands, the Pirates of the Caribbean series, A Nightmare on Elm Street, Donnie Brasco, Sleepy Hollow, The Libertine, Sweeney Todd: The Demon Barber of Fleet Street, and The Lone Ranger, among many others. Johnny was selected People Magazine’s “Sexiest Man Alive” in 2003, and again in 2009. He is also a member of rock supergroup Hollywood Vampires, with Alice Cooper and Joe Perry.

Johnny is the son of Betty Sue (Wells), a waitress, and John Christopher Depp, a civil engineer. He was raised partly in Miramar, Florida. He has two children, including actress and model Lily-Rose Depp, with his former partner, French singer, model, and actress Vanessa Paradis.

Much or most of Johnny’s ancestry traces back to England. He also has small amounts (to varying degrees) of Irish, Scots-Irish/Northern Irish, Scottish, Welsh, French, French-Canadian, Dutch, Flemish Belgian, and German, ancestry, as well as 3/2048 African ancestry (through Elizabeth Key Grinstead, who is his ancestor twice over). Johnny’s patrilineal line is generally traced to Pierre Deppe, a Huguenot, who was born, c. 1706, in France, and to Pierre’s wife, Angelica/Angeline LeVillian/le Villian. 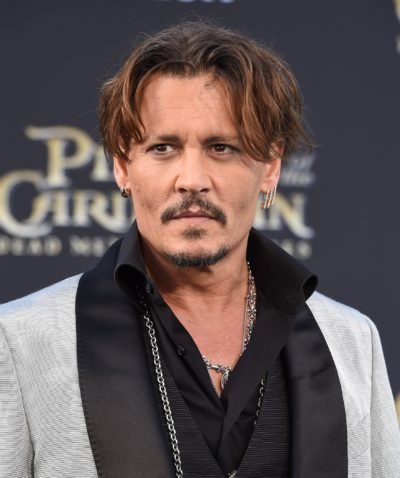 Johnny is descended from a woman, Martha, who born in 1612, and who was of African descent. Martha had a daughter, Elizabeth Key Grinstead, married to William Grinstead, who were Johnny’s ancestors. Elizabeth’s father, Thomas Key, was caucasian, of English descent. Elizabeth was the first woman of African ancestry to successfully take legal action to free herself from slavery. This happened in 1656. Johnny is descended from Martha twice (on one family tree, she is both one of his eight times great-grandmothers, and one of his nine times great-grandmothers). That would mean that Johnny is of 3/2048 African ancestry.

Genealogy of Johnny’s maternal great-grandfather, Richard Mack/Mac Wells (focusing on his own mother’s side) – http://wc.rootsweb.ancestry.com