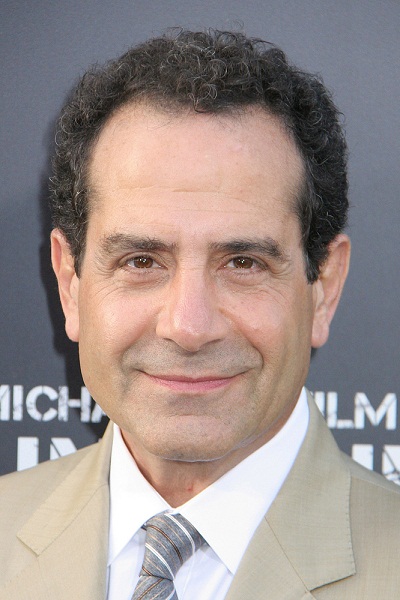 Tony Shalhoub is an American actor. He is known for playing Adrian Monk on the television series Monk, and for his roles in the films Paulie and Galaxy Quest, among others.

His father, Joseph Shalhoub, was a Lebanese emigrant, from Mount Lebanon, who came to the U.S. after his parents died during WWI. His mother, Helen (Seroogy), was born in Wisconsin, to Lebanese parents. Tony’s father was taken in to live with Tony’s mother’s family as a child, meeting her there.

Tony is married to actress Brooke Adams, with whom he has two children, who are adopted.

Tony’s paternal grandfather was named Milhelm Shalhoub. Milhelm was conscripted to fight in World War I by the Ottoman Empire, and was killed during the war.

Tony’s paternal grandmother was named Mariam. Mariam died in January 1918, possibly due to causes of disease or poverty. Half of the population of Mount Lebanon died between 1915 and 1918.

Tony’s maternal grandmother was named Elizabeth A. Neimy. Elizabeth’s grandfather, Abdul Neimy, was an ethnic Arab who lived most of his live in Armenia and Turkey. He was killed by the Ottoman forces in 1895 in Armenia as part of their massacres of Armenians, the Hamidian massacres, committed between 1894 and 1896.

A DNA test whose results were displayed on the show Finding Your Roots with Henry Louis Gates, Jr. (2021) stated that Tony’s genetic ancestry is:

Genetically, he was found to have a common ancestor with actress and writer Tina Fey, through her mother’s side.