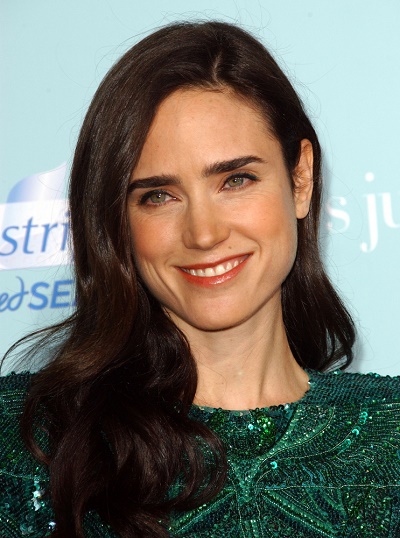 Connelly in 2009, photo by Prphotos

Jennifer Connelly is an American actress and model. She won the Academy Award for Best Supporting Actress for A Beautiful Mind (2001). She is also known for her roles in the films Phenomena, Seven Minutes in Heaven, Labyrinth, The Rocketeer, Dark City, Requiem for a Dream, Pollock, Hulk, House of Sand and Fog, Dark Water, Little Children, He’s Just Not That Into You, Noah, and Top Gun: Maverick, among others.

Jennifer is the daughter of Ilene, an antiques dealer, and Gerard Karl Connelly, a clothing manufacturer. Jennifer’s father was of Irish and Norwegian ancestry. Jennifer’s mother was Jewish, of Russian Jewish and Polish Jewish descent. Jennifer was raised mostly in Brooklyn Heights, New York City.

Jennifer is married to English actor Paul Bettany. She has a son with her former partner, photographer David Dugan; and two children with Paul.

Sources: Interview on Inside the Actors Studio, 2004

Genealogy of Jennifer Connelly (focusing on her mother’s side) – https://www.geni.com