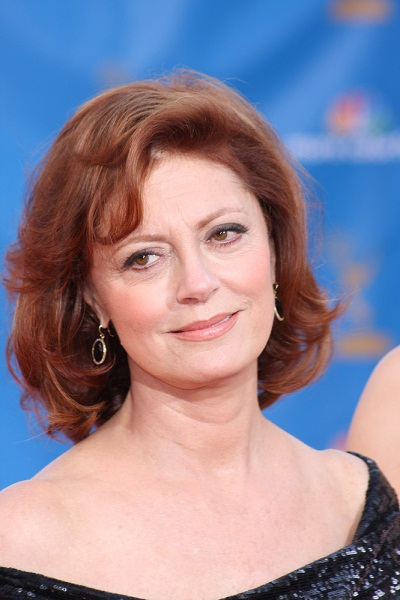 She is the daughter of Leonora Marie (Criscione) and Phillip Leslie Tomalin. She has a daughter, actress Eva Amurri, with her former partner, Italian director Franco Amurri; and two children, including actor and musician Miles Robbins, with her former partner, actor, filmmaker, and activist Tim Robbins. Her surname is from her first marriage, to actor Chris Sarandon. The surname was originally Sarondonethes, of Greek origin.

Her father’s ancestry was one half English (with some Welsh), one quarter German, and one quarter Irish. Her mother is of Italian (including Sicilian) descent.

Notes on Susan’s ancestry, by Megan Smolenyak Smolenyak, at The Huffington Post – http://www.huffingtonpost.com