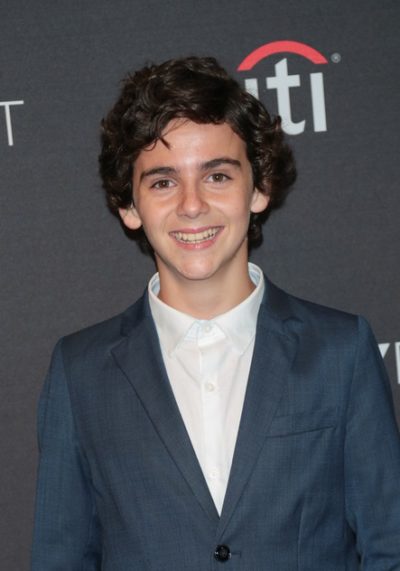 Jack Dylan Grazer is an American actor. He is known for his roles in the It films, Beautiful Boy, Shazam!, as Alberto in Luca, Ron’s Gone Wrong, Don’t Tell a Soul, and Batman and Superman: Battle of the Super Sons, and on the shows Me, Myself, and I and We Are Who We Are.

Jack is the son of Angela and filmmaker, actor, and musician Gavin Grazer. Jack’s uncle (father’s brother) is film and television producer Brian Grazer. His great-uncle, by marriage, was director Bernard L. Kowalski, who was married to his grandfather’s sister. Jack has also been credited as Jack Grazer.

Jack’s paternal grandmother was Arlyne/Arlene Becker (the daughter of Jack Becker and Sonia/Sonya F. Neisloss). Arlyne was born in New York, and was Jewish. Jack’s great-grandfather Jack was the son of Russian Jewish parents, Ele Becker and Fannie. Sonia was the daughter of Barnet/Barnett/Berka Beryl Dov Neisloss, who was born in Dvinsk, Daugavpils, Latvia, and of Khaya-Dveira/Ida Zimerman/Tzinman, who was also from the Russian Empire.

Jack’s maternal grandfather is Howard Jack Lafever (the son of Lillard/Lilard Lee Lafever/Lofaver and Della Fisher). Lillard was born in Tennessee, the son of Lee Stokes/Stoke Lafever and Amanda Washington “Mandy” Carter. Della was the daughter of James Neeley/Neely “Jim” Fisher and Mary Ann Johnson. Jack’s Lafever line traces back to a remote French ancestor, Isaac Lefever, who was born, c. 1660, in France. He is Jack’s ten times great-grandfather.