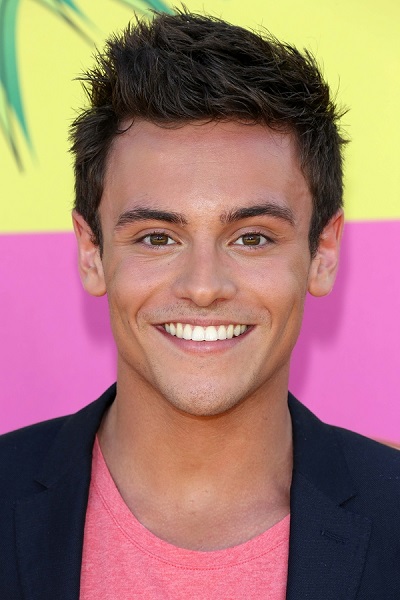 Tom Daley is an English diver and television personality. He won two Gold medals at the 2010 Commonwealth Games, in the 10 metre synchro diving (with Max Brick) and the 10 m Individual Platform competition, respectively, and the Bronze medal in the individual competition at the 2012 Summer Olympic Games. He appeared on ITV’s celebrity diving reality show Splash!