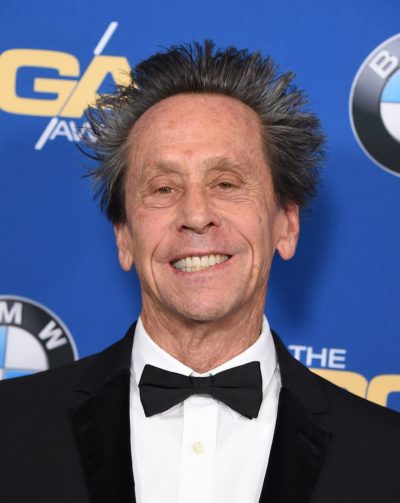 Grazer in 2007, photo by DFree/Bigstock.com

Brian Grazer is an American film and television producer.

Brian was born in Los Angeles, the son of Arlyne/Arlene and Albert Thomas “Tom” Grazer, an attorney. He is the brother of filmmaker, actor, and musician Gavin Grazer. He was raised in Sherman Oaks and Northridge, California. His nephew, Gavin’s son, is actor Jack Dylan Grazer. Brian is married to marketing officer Veronica Smiley. He has two children with his former wife Corki Corman, and two children with his former wife, novelist and screenwriter Gigi Levangie.

His father was born in California, and was raised Catholic. Brian’s mother was Jewish, and originally from New York.

His uncle, by marriage, was director Bernard L. Kowalski, who was married to his father’s sister.

Brian and his siblings were baptized Catholic, and also raised around both Catholicism and Judaism.

Brian’s paternal grandmother was Helen/Helene Frances O’Grady/Grady (the daughter of Thomas F. Grady and Hanorah/Elenora/Nora Partridge). Helen was born in Illinois. Thomas was the son of Irish parents, Patrick Grady and Mary Anne Hayes. Hanorah was the daughter of Joseph Partridge, who was born in England, and of Helen Regan, who was Irish.