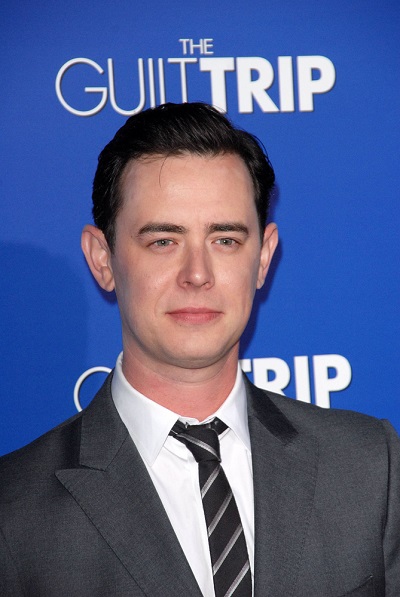 Colin Hanks is an American actor and director. He is known for starring in the film Orange County (2002). He is the son of actors Tom Hanks (Thomas Jeffrey Hanks) and Samantha Lewes (born Susan Jane Dillingham). His half-brother is actor and musician Chet Hanks. Colin is married to publicist Samantha Bryant, with whom he has two children.

Colin’s paternal grandmother was of Portuguese descent (from the Azores Islands), and Colin’s maternal grandfather’s mother was Jewish (from a family from Austria and Russia). Colin’s other ancestry is English, Cornish, Scottish, Irish, and German, and distant Welsh. Some of his distant ancestors lived on Barbados.

He is a nephew of Sandra Hanks Benoiton, a writer, Larry Hanks, an entomology professor, and Jim Hanks, an actor and filmmaker.

Colin’s paternal grandfather was Amos Mefford Hanks (the son of Ernest Buel/Beauel Hanks and Gladys Hilda Ball). Amos was born in Glenn County, California. Ernest was born in Paskenta, Tehama, California, the son of Daniel Boone Hanks and Mary Catherine/Katy/Kate “Molly” Mefford; his family had lived in the United States for many generations. Most of Ernest’s ancestry was English, with more distant German roots, along with Scottish, Welsh, and Cornish. Some of his distant ancestors lived on Barbados. Colin’s great-grandmother Gladys was born in Toledo, Tama, Iowa, the daughter of Amos Ball and Selina Scoble, English emigrants, from Launceston, Cornwall, and Kingsbridge, Devon, respectively.

Colin’s paternal grandmother was Janet Marylyn Frager (the daughter of Clarence Peter Frager and Elexio Norrine Rose). Janet was born in Alameda, Alameda Co., California. The Frager surname was originally Fraga and the Rose surname was originally Rosa. Janet’s family was of Portuguese descent, with roots in the Azores. Clarence was the son of Manuel/William Gonsalves Fraga/Frager and Frances/Mary Enos. Elexio was the daughter of Emmanuel/Emanuel Rose/Manuel L. Rosa, Jr. and Josephine Leonora “Nora” E. A. Borge.

Colin’s maternal grandfather was John Raymond “Jerry” Dillingham (the son of John Raymond Dillingham and Rena/Renia A. “Rebecca” Sapira). Colin’s grandfather John was born in Pennsylvania. Colin’s great-grandfather John was the son of James Hewlett Dillingham and Dora Gregory, and had English and Scottish ancestry. Rena was the daughter of Samuel Sapira, an Austrian Jewish emigrant, from Vienna, and of Ida Leah Roskowitz, a Polish Jewish emigrant, from Warsaw, Warszawa, Masovian Voivodeship.