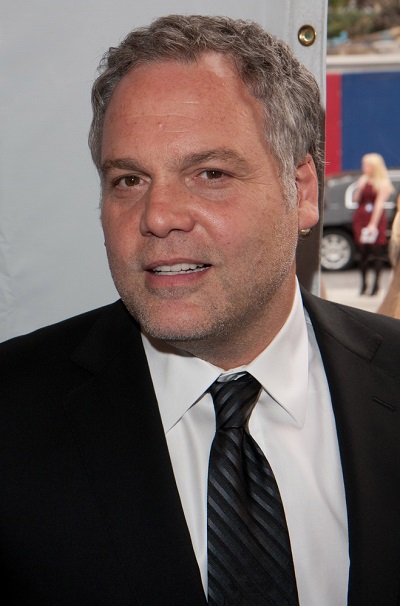 D’Onofrio in 2011, photo by Prphotos.com

Vincent D’Onofrio is an American actor, writer, director, singer, and producer. His parents, Phyllis Ann (Minicola) and Gennaro D’Onofrio, are both of Italian descent. His sister, Elizabeth D’Onofrio, is a producer, actress, and acting coach.

Vincent is married to Dutch model Carin van der Donk. He has a daughter, actress Leila George, with his former partner, actress Greta Scacchi; and two children with Carin. Leila is married to actor and filmmaker Sean Penn.

Vincent’s maternal grandfather was Philip/Filippo Frederick/Fred/Frederico Minicola/Menicola (the son of Donato Martino Menecola/Minecola and Adelina M. Ferrara). Philip was born in New Jersey, to Italian parents, from Foggia, Apulia. Donato was the son of Filippo/Philip Menecola/Minecola and Lucia/Lucy Filomena Ronca. Adelina was the daughter of Federico Ferarra and Anna Dell’Arciprete.

Vincent’s maternal grandmother was Margherita/Margaret Pasquale (the daughter of Antonio Giacomo Pasquale and Filomena/Philomena Victoria Canterino). Margherita was born in New York, to parents from Potenza, Basilicata, Italy. Antonio was the son of Gaetano Pasquale and Anna M. Grieco. Filomena was the daughter of Giovanni/John A. Canterino and Isabella/Isabelle Terlimbacco.

Sources: Genealogy of Vincent D’Onofrio (focusing on his mother’s side) – https://www.geni.com