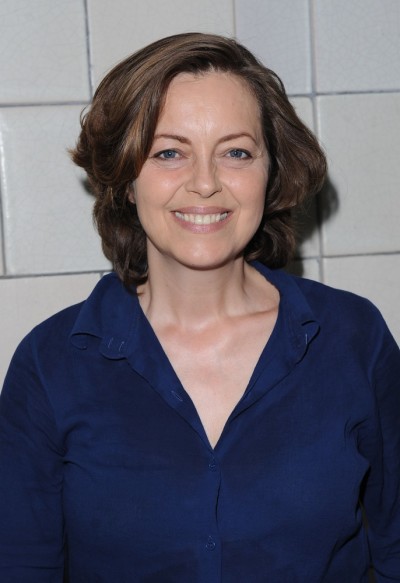 Scacchi in 2008, photo by Prphotos.com

Greta Scacchi in an Italian-Australian actress. She is known for starring in Presumed Innocent (1990) and The Player (1992), among many others.

Her father, Luca Scacchi Gracco, was Italian, and was a painter, art critic, and gallery owner. The name Gracco was a nickname given to him by Pablo Picasso.

Her mother, Pamela, was English, and was a dancer and antiques dealer, who was part of the cabaret troupe Bluebell Girls. Greta spent much of her childhood in England, in London and Haywards Heath, West Sussex. In her teen years, she moved to Perth, Australia, where her mother married Giovanni Carsaniga, a Professor of Italian. In 1995, she became an Australian citizen.

Greta’s maternal grandfather was Arthur Wilfred Risbey (the son of Frederick Henry Risbey and Lucy Georgiana Pinfold). Arthur was born in Stroud, Gloucestershire, England. Frederick was the son of Ephraim Risbey and Elizabeth Harriet Williams. Lucy was the daughter of William John Pinfold and Ann Habgood.

Greta’s maternal grandmother was Violet Lilian Perry (the daughter of Robert Perry and Dorcas Adeline Whittard). Violet was born in Churcham, Gloucestershire. Robert was the son of Maurice Perry and Ann Rousell. Dorcas was the daughter of Charles Thomas Whittard and Charlotte Pearce.