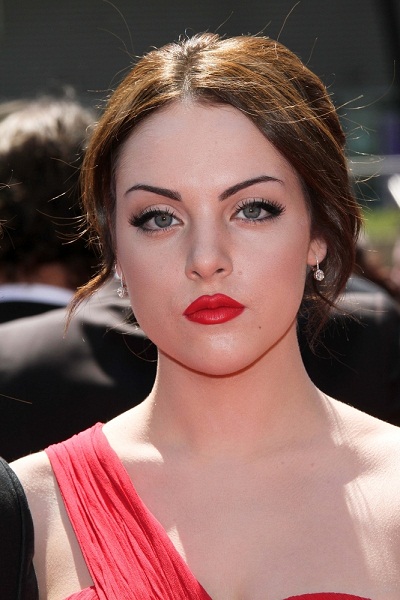 Gillies in 2012, photo by PrPhotos

Elizabeth Gillies is an American actress and singer. She is also known as Liz Gillies.

She is married to record producer, composer, and musician Michael Corcoran.

Elizabeth’s paternal grandfather was John Egan Gillies (the son of Duncan Edward Gillies and Garnet/Garnett Olivia Shirley). John was born in Washington, D.C. Duncan was the son of Ronald Gillies, who was born in Nova Scotia, Canada, to Scottish parents; and of Mary Elizabeth “Lizzie” Campbell, who was born in New York, to Irish parents. Garnet was the daughter of George Daniel Shirley and Florence Ada Burroughs.

Elizabeth’s paternal grandmother is Anne “Nancy” Hartey (the daughter of George Dewey Hartey and Ann Katherine Curby). George was the son of Thomas L. Hartey and Jennie G. Ellis, who were born in New York, both of them to Irish parents. Ann was born in Connecticut, to Irish emigrants, from Tipperary, James Curby and Johanna Breen.