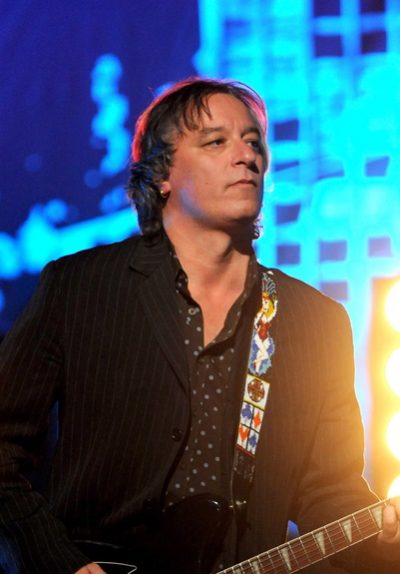 Peter Buck is an American rock musician and songwriter. He is known as a co-founder and lead guitarist of the alternative rock band R.E.M. Other members of the band are Bill Berry, Mike Mills, and Michael Stipe.

Peter is the son of Violet and Peter Buck. Peter is married to Chloe Johnson. He has two children with his former wife Stephanie Dorgan.

Peter’s paternal grandfather was Peter George Harold Buck (the son of Judson Wilfred Buck and Sarah Dimmock). Peter’s grandfather Peter was a Canadian immigrant, from Brantford, Ontario. Judson was a Canadian of Dutch, English, and German descent. Sarah was an English immigrant from Somerset.