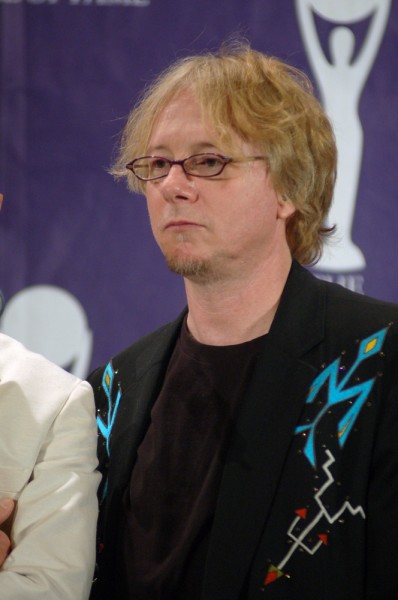 Mike Mills is an American multi-instrumentalist and composer. He was a founding member of the alternative rock band R.E.M. Other members of the band are Bill Berry, Peter Buck, and Michael Stipe.

Mike is the son of Adora and Franklin Mills.

Mike’s paternal grandfather was Frank Sharp Mills (the son of Joseph Thomas Mills and Minnie B. Sharp). Frank was born in Georgia. Joseph was the son of Hiram James Mills and Mary Lincy Pauline Collins. Minnie was the daughter of Joseph Madison Ferrel “Joe” Sharp and Eliza E. Jones.

Mike’s paternal grandmother was Dorothy Garner (the daughter of William Samuel Garner and Mary Lou Boyer). William was the son of Green Lee Garner and Harriet Gheesling. Mary was the daughter of Augustus Columbus Boyer and Laura M. Callaway.