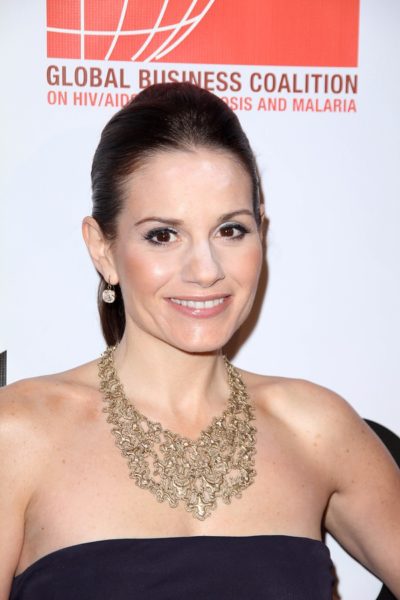 DioGuardi in 2011, photo by s_bukley/Bigstock.com

Kara DioGuardi is an American songwriter, record producer, music publisher, A&R executive, singer, composer, and television personality. She was a judge on the television American Idol.

Kara is the daughter of Carol and Joseph J. DioGuardi (Joseph John DioGuardi). Her father is a CPA and a Republican politician, who served as a Member of the U.S. House of Representatives from New York, from January 3, 1985 to January 3, 1989. Kara is married to contractor Mike McCuddy, with whom she has a son.

Kara is of Italian descent. She also has Arbëreshë/Albanian ancestry, likely from her paternal grandfather. The Arbëreshë are ethnic Albanians who moved to Italy.

Kara’s paternal grandfather was Giuseppe/Joseph DioGuardi (the son of Nicola Dioguardi and Angiolina Tozzi). Joseph was born in the Arbëreshë town of Greci, Province of Avellino, Campania, Italy.

Kara’s paternal grandmother was Grace Paparella (the daughter of Michael Paparella and Anna Anemone). Grace was born in New York, to parents from Bari, Puglia, Italy. Anna was the daughter of Pietro Anemone.

Through her Arbëreshë ancestry, Kara was a distant (evidently seventh) cousin of television personality Regis Philbin. The two discussed their relation on the show Live with Regis and Kelly.