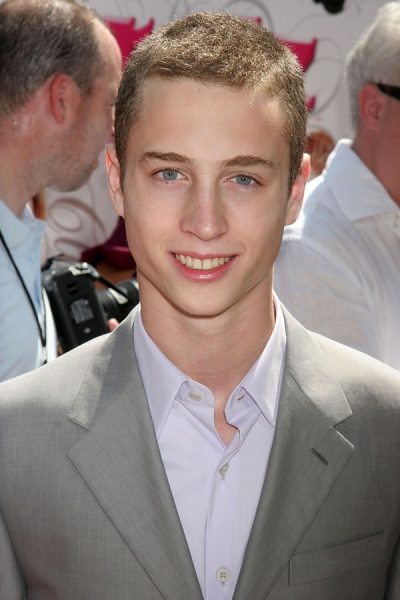 Hanks in 2007, photo by s_bukley/www.bigstockphoto.com

Chet Hanks is an American actor and musician. He is the son of actors Tom Hanks and Rita Wilson. His half-brother is actor Colin Hanks. He has also been credited as Chet Haze.

Chet has a daughter.

He is a nephew of Sandra Hanks Benoiton, a writer, Larry Hanks, an entomology professor, and Jim Hanks, an actor and filmmaker.

Chet’s paternal grandfather was Amos Mefford Hanks (the son of Ernest Buel/Beauel Hanks and Gladys Hilda Ball). Amos was born in Glenn County, California. Ernest was born in Paskenta, Tehama, California, the son of Daniel Boone Hanks and Mary Catherine “Molly” Mefford; his family had lived in the United States for many generations. Most of Ernest’s ancestry was English, with more distant German roots, along with Scottish, Welsh, and Cornish. Some of his distant ancestors lived on Barbados. Chet’s great-grandmother Gladys was born in Toledo, Tama, Iowa, the daughter of Amos Ball and Selina Scoble, English emigrants, from Launceston, Cornwall, and Kingsbridge, Devon, respectively.

Chet’s paternal grandmother was Janet Marylyn Frager (the daughter of Clarence Peter Frager and Elexio Norrine Rose). Janet was born in Alameda, Alameda Co., California. The Frager surname was originally Fraga and the Rose surname was originally Rosa. Janet’s family was of Portuguese descent. Clarence was the son of Manuel/William Gonsalves Fraga/Frager and Frances/Mary Enos. Elexio was the daughter of Emmanuel Rose and Josephine Leonora “Nora” E. A. Borge.

Chet’s maternal grandfather was named Allan Wilson, who was born Hassan Halilov Ibrahimoff (the son of Halil Ibrahimoff). Allan was a Pomak (Muslim Bulgarian), who was born in Breshtene, Western Thrace, Greece, and worked at a racetrack. He moved to the U.S. in 1949. He joined the Orthodox Christian church upon his marriage. He spoke Bulgarian, Russian, Turkish, Polish, Greek, and some Italian and French.

Chet’s maternal grandmother was named Dorothea/Dorothy George Genkos. Dorothea was born and raised in a Greek village, Sotire, near Dropull i Sipërm, Albania, near the border with Greece.