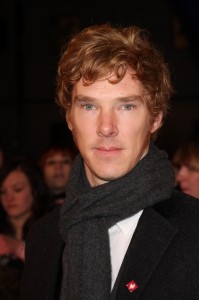 Cumberbatch in 2011, photo by PrPhotos

Benedict Cumberbatch is an English actor and producer. He plays Stephen Strange / Doctor Strange in the Marvel Cinematic Universe. He is also known for the series Sherlock and the films The Imitation Game, The Current War, Star Trek Into Darkness, and The Power of the Dog, among many other roles.

He is the son of actors Timothy Carlton (born Timothy Carlton Congdon Cumberbatch) and Wanda Ventham. He is married to avant-garde theatre and opera director, playwright, and performer Sophie Hunter, with whom he has three children. Benedict is of mostly English ancestry, with Welsh, Scottish, Cornish, and Irish, as well as distant French, Swiss-French, German, and Dutch, roots. He has ancestors born in Barbados and Antigua.

Benedict’s paternal grandfather was Henry Carlton Cumberbatch (the son of Henry Alfred Cumberbatch and Hélène/Helen Gertrude Rees). Benedict’s grandfather Henry was born in Smyrna, Anatolia, Ottoman Empire (now İzmir, Turkey). He was an officer of the British Royal Navy, who served as a submarine commander before and at the start of WWII. Benedict’s great-grandfather Henry was born in Berdyans’k, Zaporiz’ka oblast, Ukraine, and was a diplomat, who was Queen Victoria’s consul general in Turkey and Lebanon. Their families were from England, and were working overseas at the time of their births. Benedict’s great-grandfather Henry was the son of Robert William Cumberbatch, who was also a diplomat, a Consul in the Russian and Ottoman Empires; and of Louisa Grace Hanson, who was born in Beyoğlu, İstanbul Province, Turkey, to English parents. Robert’s father, Abraham Parry Cumberbatch, was a slave owner in Barbados. Benedict’s direct paternal family line is named Carleton, but his ancestor, Abraham Carleton, changed his surname to that of his own maternal grandfather, Abraham Cumberbatch, as part of the terms of a will.

Benedict’s great-grandmother Hélène Rees was the daughter of Thomas Bowen Rees, who was born in St. Clears, Carmarthenshire, Wales, and was the manager of the Asia Minor Cotton Company; and of Ida Josephine Langdon, who was born in Boston, Suffolk, Massachusetts, U.S., and was of part Colonial American (English) descent, including descent from Mayflower passengers. Benedict’s father has more distant French ancestry, as well as Scottish and Cornish roots. His father is also a descendant of Esaie Fercken, who had Dutch ancestry, and was Chancellor of the Dutch Consulate of Smyrna, and of Esaie’s wife, Louisa Ulrica Justi, who likely had either Swedish or German ancestry. Another of Benedict’s father’s distant ancestors, Louisa Frances Pernet (1737-1811), was born in Paudex, Switzerland, to Pierre Francois Pernet and Marie-Judith du Veluz/Duveluz, and had Swiss-French ancestry.

Benedict’s paternal grandmother was Pauline Ellen Laing Congdon (the daughter of Thomas Edwin Congdon and Pauline Ellice Ferguson). Benedict’s grandmother Pauline was born in Dhoolie, Rangajan, Assam, India. Thomas was a tea planter in Assam. He was born in Bodmin, Cornwall, England, the son of Thomas Edwin Congdon and Mary Moon. Benedict’s great-grandmother Pauline was the daughter of John Paul Ferguson, who was from Moray, Scotland, and of Isobel Mary Esplin, from Canada.

Benedict’s maternal grandmother was Gladys Frances Holtham (the daughter of Francis Leonard Holtham and Selina Mary Warner). Gladys was born in Kensington, London, England. Benedict’s great-grandfather Francis was the son of Mark Holtham and Emily Battell. Selina was the daughter of William Warner and Emily Pells.