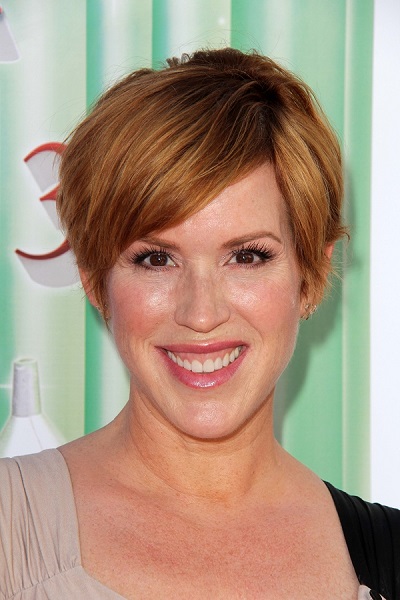 Ringwald in 2013, photo by s_bukley/Bigstock.com

Molly Ringwald is an American actress, singer, dancer, and author.

Molly is the daughter of Adele Edith (Frembd), a chef, and Robert Scott “Bob” Ringwald, a blind jazz pianist. She is married to Greek-American writer and book editor Panio Gianopoulos, with whom she has three children.

Molly’s paternal grandfather was Ferman Verneal “Bob” Ringwald (the son of Raymond Ruby Ringwald and Maude Monroe). Ferman was born in Oklahoma. Raymond was the son of Jacob Frederick Ringwald, who was of German descent, and of Roanah Susan Lee. Maude was the daughter of Abram Grant Monroe and Sarah Alice Adams.