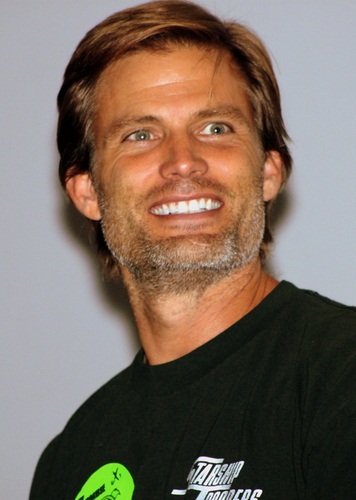 Casper Van Dien is an American actor and producer. Among his roles are Starship Troopers, Tarzan and the Lost City, and Sleepy Hollow.

Casper’s paternal grandfather was Casper Anson Van Dien (the son of Casper Force Van Dien and Alice Wilsie Peterson). Casper’s grandfather Casper was born in New York, and was from a family that had lived in the United States since the 1600s. He was of mainly Dutch descent, with some English, and remote French, Polish, and Danish, roots. Some of Casper’s distant ancestors had been born in Germany, but were possibly or likely of ethnic Dutch descent. Casper’s great-grandfather Casper was the son of John William Van Dien and Jane E. Vreeland. Casper’s great-grandmother Alice was the daughter of Anson Rice Peterson and Rachel Auryansen.

Casper’s paternal grandmother was Elizabeth Maria/Mary Bornand (the daughter of William Henri Bornand and Emma Augusta Villard). Elizabeth was born in New Jersey, to Swiss parents, of Swiss-French and Swiss-German descent. William was the son of Louis Bornand and Elisabeth Schneider. Emma was the daughter of Auguste Villard and Rose Anne Marie Gauthier.

Casper’s maternal grandfather was William Burnell Morrow (the son of James William Morrow and Beatrice Flagg). William was born in California, and had English, Irish, and Scottish ancestry. He was from a family with deep roots in the U.S. James was the son of Rufus Marion Morrow and Harriet Esther Tanner. Beatrice was the daughter of Byron Stephen/Salls Flagg and Winnifred L. Joyce.

Casper’s maternal grandmother was Edith Wilhelmina Johnson (the daughter of Carl Emil Johnson and Hannah Omen/Oman). Edith was born in Rhode Island. Carl was born in Sweden. Hannah was born in Finland, and may or may not have been of Swedish descent.

Genealogy of Casper Van Dien (focusing on his father’s side) – https://www.geni.com

Genealogy of Casper’s mother (focusing on her father’s side) – http://worldconnect.rootsweb.ancestry.com