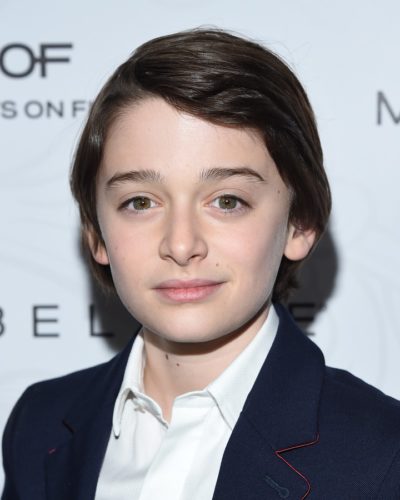 Schnapp in 2017, photo by DFree/Bigstock.com

Noah Schnapp is an American actor. He voiced Charlie Brown in The Peanuts Movie (2015) and stars as Will Byers on the show Stranger Things.

He grew up in Scarsdale, New York. He was raised in Reform Judaism. His parents, Karine and Mitchell Schnapp, are from Montréal, Québec, Canada. His father is Ashkenazi, with Russian Jewish ancestry, and his mother is Sephardi, of Moroccan Jewish descent, with roots in Rabat.

Noah was Bar Mitzvah in Israel.

Noah’s paternal grandfather is David Schnapp (the son of Moe Schnapp and Bertha Rothberg). Bertha is the daughter of Louis Rothberg.