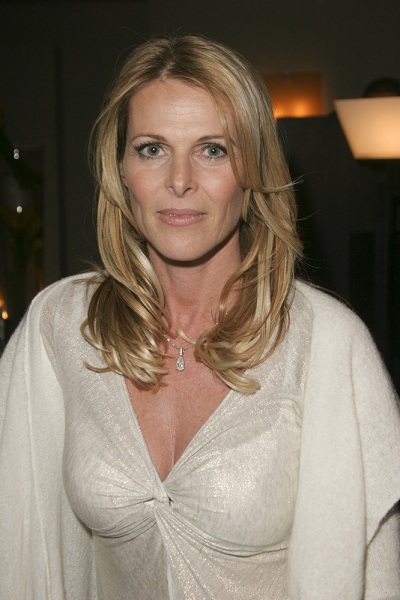 Oxenberg in 2007, photo by PrPhotos

Catherine Oxenberg is an American actress. She has starred on the series Dynasty and as Princess Diana in two television films.

She has three children, including India Oxenberg, and two with her former husband, actor Casper Van Dien.

Catherine’s paternal grandfather was named Jacob/Jack Oxenberg (the son of Israel Oxenberg and Pearl). Jacob was a Jewish emigrant, from Bălți, Moldova. Israel was the son of Jacob Oxenberg and Chaya Cohen.

Catherine’s maternal grandfather was Paul Karađorđević, Prince Paul of Yugoslavia (the son of Prince Arsen/Arsenije of Yugoslavia, and of Princess and Countess Aurora/Avrora Pavlovna Demidova/Demidoff). Prince Paul was born in Saint Petersburg, Russia. Prince Arsen was born in Timișoara, Romania, of Serbian descent, the son of Aleksandar Karađorđević, Prince of Serbia, and of Persida Nenadović/Nenadovich. Catherine’s great-grandmother Princess and Countess Aurora was born in Kiev, of Russian, and some Swedish/Finland-Swedish, German, and Finnish, ancestry, and was the daughter of Pavel Pavlovich Demidov, 2nd Prince of San Donato, and of Princess Elena Petrovna Troubetzkaya.

Catherine’s maternal grandmother was Princess Olga of Greece and Denmark (the daughter of Prince Nicholas of Greece and Denmark, and of Grand Duchess Elena/Helena Vladimirovna Romanova of Russia). Princess Olga was born at the Tatoi Palace, in Greece, of European Royal ancestry. Prince Nicholas was born in Athens, Greece, the son of George I of Greece, who was born in Athens, and of Olga Constantinovna of Russia, who was born in Pavlovsk, Russian Empire. Grand Duchess Elena was born in Tsarskoye Selo, Russia, the daughter of Grand Duke Vladimir Alexandrovich of Russia, and of Duchess Marie/Marya Pavlovna of Mecklenburg-Schwerin.

Genealogy of Catherine Oxenberg (focusing on her mother’s side) – http://wc.rootsweb.ancestry.com