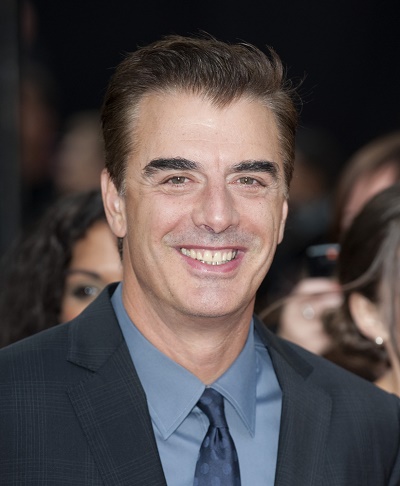 Chris Noth is an American actor. He is the son of Jeanne L. Parr, a CBS news reporter, and Charles James Noth, an attorney. His father was of half German and half Irish descent. His mother was of one half Irish, one quarter English, and one quarter German, descent.

Chris is married to Canadian actress Tara Lynn Wilson, with whom he has two children. Tara has Filipino ancestry.

Chris’s paternal grandmother was Mary Helen “Mae” McGuire (the daughter of Charles James McGuire and Jennie A. Murphy). Mary Helen was born in Illinois. Charles was born in Ottawa, Ontario, Canada, of Irish descent, the son of Dennis McGuire and Ann. Jennie was born in Ohio, to Irish parents, Patrick Murphy and Jamie Scott.

Chris’s maternal grandfather was Lester William Parr (the son of Frederick S. Parr and Clara Romeis). Lester was born in Wisconsin. Frederick was of English descent, the son of Lafayette Parr, who was born in New York, and of Maria Lester, who was born in England. Clara was of German ancestry, the daughter of Ambrose Romeis and Katherine Kraatz.

Genealogy of Chris Noth (focusing on his mother’s side) – http://worldconnect.rootsweb.ancestry.com