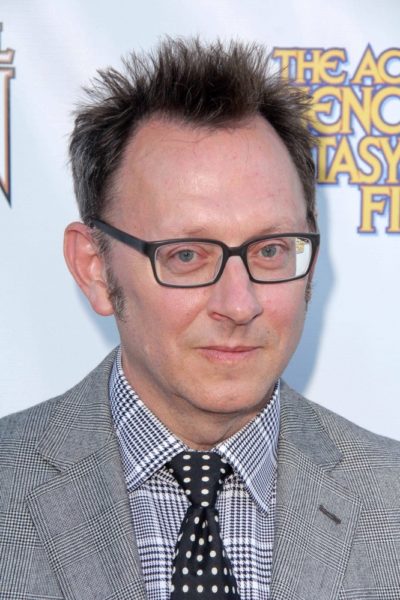 Emerson in 2013, photo by Prphotos.com

Michael Emerson is an American film and television actor. He is known for his roles on the series Lost, The Practice, Arrow, and Person of Interest, and in the film Saw, among many other projects.

Michael is the son of Carol and Ronald Emerson. He was raised in Toledo, Iowa. He is married to actress, producer, and director Carrie Preston.

Michael’s paternal grandmother was Ora LaRue Bear (the son of Frank E. Bear and Minnie Pearl Sperry). Ora was born in Iowa. Frank was the son of Daniel Bear and Barbara Alice Karstetter. Minnie was the daughter of Edwin L. Sperry and Marilla Rundel.

Michael’s maternal grandmother was Sophia/Sophie Katherine Kuncl (the daughter of Vaclar/Vaclav Kuncl and Marie Čapek). Sophia was born in Iowa, to Czech parents.