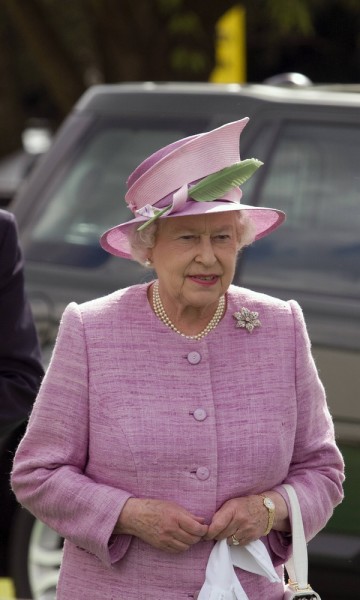 Elizabeth II in 2008, photo by Prphotos

Elizabeth II was Queen of the United Kingdom and the other Commonwealth realms, from 6 February, 1952 to 8 September, 2022. She was Head of the Commonwealth, and Supreme Governor of the Church of England. Her coronation was on 2 June, 1953. Elizabeth II was the longest-reigning British head of state in history, at 70 years.

Elizabeth II was the daughter of George VI, who was King of the United Kingdom and the British Dominions, from 11 December 1936, to 6 February, 1952, and Emperor of India, from 11 December, 1936 to 15 August, 1947, and of Lady Elizabeth Bowes-Lyon. Her father was born in York Cottage, Sandringham House, Norfolk, England. Her mother was born in Hitchin or in London, England.

She was Time Magazine’s Person of the Year for 1952.

Elizabeth II’s closest genealogical relation to her husband Prince Philip was through Christian IX of Denmark and Princess Louise of Hesse-Kassel, who were her great-great-grandparents and his great-grandparents, making Elizabeth and Philip second cousins, once removed. Through their shared descent from Prince Albert and Queen Victoria, they were third cousins.