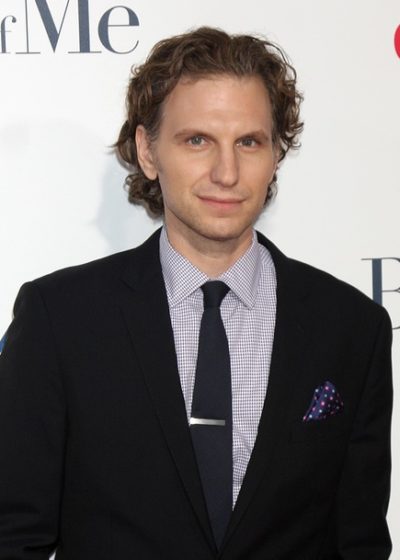 Arcelus in 2014, photo by kathclick/Bigstock.com

Sebastian Arcelus is an American actor.

Sebastian is the son of Fiammetta Farace and Victor Carlos Arcelus. His father was born in Montevideo, Uruguay. His mother was born in Budapest, Hungary, of Italian, Greek, European Royal, Serbian/Montenegrin, and 1/512 Russian (through Peter the Great), descent.

He is married to actress and singer Stephanie J. Block, with whom he has a daughter.

Sebastian’s maternal grandfather was Ruggero Farace, Marchese Farace di Villaforesta (the son of Marquis Alfredo Farace di Villaforesta and Caterina “Cat” Fachiri). Ruggero Farace was born in London, England, and was a diplomat. He was of Italian and Greek descent. Alfredo was Senior judge at the Italian Supreme Court. Caterina was the daughter of Pandely Hypatios Fachiri, a merchant, who was born in Izmir, Turkey, of Greek descent, from Chios; and of Chariklea/Hariklea “Harriet” (Eustratius) Ralli/Rallis, who was born in Trieste, Italy, then in the Austria-Hungarian Empire, into a Greek family, from Chios.

Sebastian’s maternal grandmother was Princess Catherine Ivanovna of Russia (the daughter of Prince John Konstantinovich of Russia, and of Jelena Karađorđević, Princess Helen of Serbia). Princess Catherine, who was a Russian princess, was born in Pavlovsk Palace, Saint Petersburg, Russian Empire, to a Russian prince and a Serbian princess. Prince John was born in Pavlovsk, Saint Petersburg, of European Royal ancestry, the son of Grand Duke Konstantin Konstantinovich of Russia, and of Princess Elisabeth of Saxe-Altenburg. Princess Helen was born in Cetinje, Montenegro, the daughter of Peter I of Serbia, a Serbian king, and of Princess Ljubica Petrović-Njegoš of Montenegro, a Montenegrin princess.

Through Sebastian’s maternal grandmother, Sebastian is a great-great-great-great-grandson of Tsar Nicholas I of Russia, who was Emperor and Autocrat of All the Russias, from 1 December, 1825 to 2 March, 1855.

Sources: Genealogies of Sebastian Arcelus (focusing on his mother’s side) – https://www.geni.com
http://wc.rootsweb.ancestry.com
http://genealogics.org

Genealogy of Sebastian’s mother (focusing on her father’s side) – http://www.christopherlong.co.uk