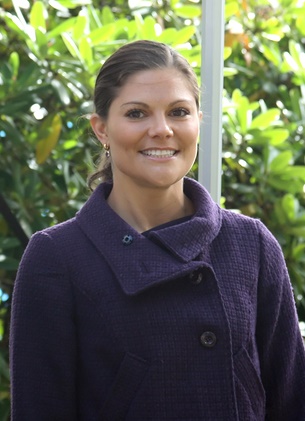 Victoria, Crown Princess of Sweden, Duchess of Västergötland, is a Swedish royal. She is the heir apparent to the throne. She is the daughter of Carl XVI Gustaf, who has been King of Sweden, since 15 September, 1973, and Queen Silvia of Sweden (born Silvia Renate Sommerlath). Victoria is married to Prince Daniel, Duke of Västergötland, with whom she has two children.

Princess Victoria’s father was born at Haga Palace, Solna, Sweden. He has European Royal, small amounts of French, Danish, and German, and even smaller amounts of Swedish, Italian, Spanish, Polish, Russian, Czech, and Norwegian, ancestry. Princess Victoria’s mother was born in Heidelberg, Nazi Germany (now Germany), and is of half German and half Brazilian [including Portuguese, some Spanish, remote Belgian and Tupiniquim/Indigenous, and likely remote Sephardi Jewish] descent.

Princess Victoria’s maternal grandfather was Carl August Walther Sommerlath (the son of Louis Carl Moritz Sommerlath and Erna Sophie Christine Waldau). Princess Victoria’s grandfather Carl was born in Heidelberg, Grand Duchy of Baden, German Empire, and was a German businessperson. He was a member of the Nazi Party. Louis was the son of Carl Louis Ernst Heinrich August Philipp Sommerlath and Anna Lucie Tille. Erna was the daughter of Johann Friedrich Waldau and Sophie Marie Schmidt.