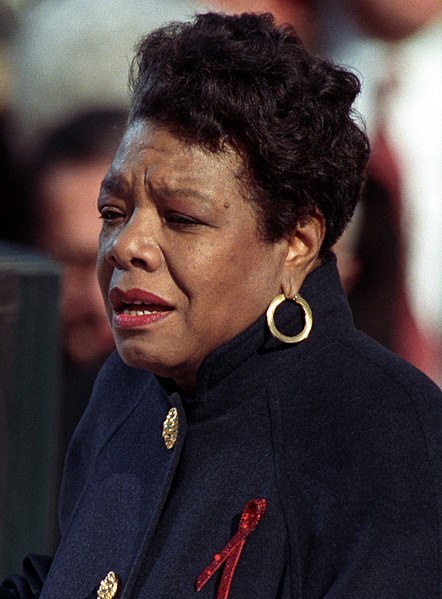 Maya was the daughter of Vivian Althea (Baxter) and Bailey J. Johnson. She was African-American, and likely had an Irish-born maternal great-grandfather. Maya had a son. Her surname was from her former husband, Greek electrician and musician Tosh Angelos.

Maya’s paternal grandfather was William Johnson (the son of Simon Johnson and Emaline Lankford). William was born in Arkansas.

Maya’s maternal grandfather was named Thomas Baxter (the son of Addison Baxter and Jane). Thomas was born in Georgia.

Maya’s maternal grandmother was named Marguerite/Margaret Savin/Sabin/Seamus or Lee (the daughter of Mary Lee). Marguerite was born in Illinois, and is believed by some researchers to have been the biological daughter of John Savin, who was born in Ireland. Marguerite’s mother, Mary Lee, was African-American.

A DNA test whose results were displayed on the show African American Lives 2 (2008) stated that Maya’s genetic ancestry is: