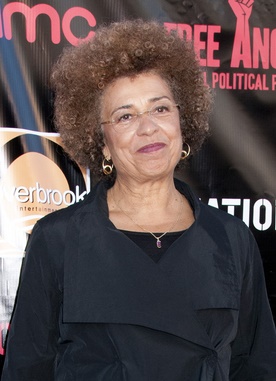 Angela Davis is an American political activist, academic scholar, and author. She was a prominent counterculture activist in the 1960s, as a leader of the Communist Party USA.

She was the Community Party USA’s nominee for Vice President of the United States in 1980 and 1984.

She was prosecuted for conspiracy in the 1970 armed take-over of a Marin County, California, courtroom, in which four persons were killed. She was acquitted in a federal trial.

Angela is the daughter of Sallye and Frank Davis. Her brother, Ben Davis, played professional football.