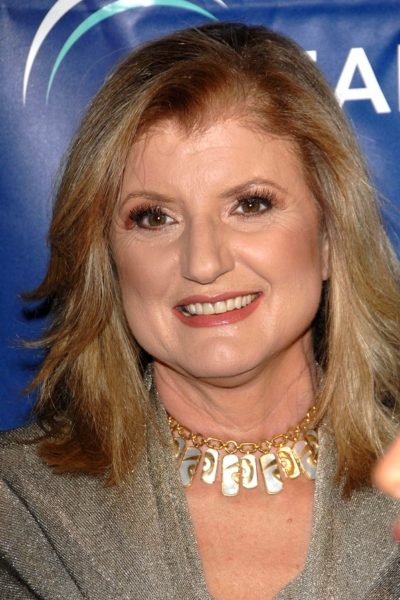 Huffington in 2009, photo by s_bukley/Bigstock.com

Arianna Huffington is a Greek-American author, syndicated columnist, and businessperson. She is the co-founder and former Editor-in-chief of the website The Huffington Post, and founder and CEO of Thrive Global.

Arianna is the daughter of Elli (Georgiadi) and Konstantinos Stasinopoúlou, who was a journalist and management consultant. She was born in Athens, Greece, moved to the U.K. during her teens, to study economics at Cambridge, and later to the U.S. in the early 1980s.

Arianna has two children with her former husband, politician, LGBT activist, and producer Michael Huffington. Michael was a Republican Member of the U.S. House of Representatives from California, from January 3, 1993 to January 3, 1995.