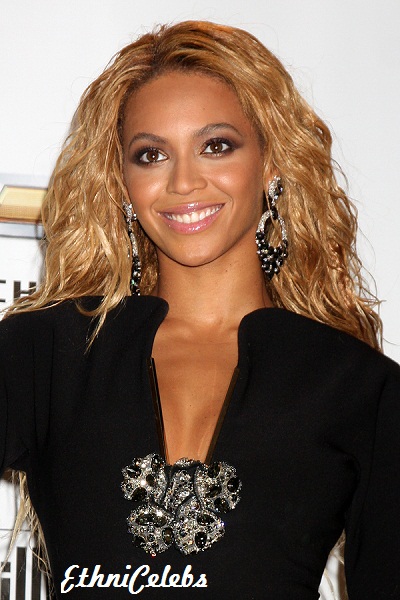 Beyoncé, also credited as Harmonies by The Hive, Queen B, Third Ward Trill, Sasha Fierce, and Beyoncé Knowles, is an American singer, songwriter, and actress. She was a member of the top-selling R&B girl group Destiny’s Child, along with Kelly Rowland and Michelle Williams, and also, originally, LeToya Luckett and LaTavia Roberson. Beyoncé has starred in the films Austin Powers in Goldmember, Dreamgirls, and Cadillac Records, among others. She has won the most Grammy Awards of any person, at 32.

Beyoncé is the daughter of Tina Knowles (born Célestine Ann Beyincé), a fashion designer, and Mathew C. Knowles, a businessperson and talent manager. Her sister is singer and actress Solange Knowles. They are the first sisters to have each had No. 1 albums. She is married to rapper and music producer Jay-Z, with whom she has three children, including Blue Ivy Carter. Beyoncé and Jay-Z are in a band together, The Carters. Beyoncé is a step-sister of actress Bianca Lawson. Her mother is married to Bianca’s father, actor Richard Lawson.

Beyoncé’s father is African-American. Beyoncé’s maternal grandparents were French-speaking Louisiana Creoles, with roots in New Iberia; their ancestry was mostly African and French (including French ancestors who lived in Canada). Through her mother’s line, Beyoncé is a great-great-great-great-great-great-granddaughter of Acadian leader Joseph Broussard, and a descendant of Jean-Vincent d’Abbadie de Saint-Castin (born c. 1652), and of his wife, Marie Mathilde Pidianske/Penobscot (born c. 1658), who was the daughter of Madockawando Abenaki, a chief of the Penobscot (Panawahpskek) people. Through Marie Mathilde, Beyoncé is of 1/1024 Indigenous descent. Beyoncé is also of approximately 1/32 Irish ancestry, and has distant Breton roots on her mother’s side, as well. Her name, Beyoncé, is a tribute to her mother’s maiden name, Beyincé. Through her Broussard line, she is a third cousin of gospel singer and graphic artist Karen Showell.

Beyoncé’s mother has also been described as having Cherokee and/or Choctaw Native American ancestry. It is not clear if this ancestry has been verified/documented. No Cherokee Native American ancestors appear on publicly available family trees of Beyoncé’s mother. One book biography, Crazy in Love: The Beyoncé Knowles Biography, also refers to Beyoncé’s mother having Spanish, Jewish, Chinese, and Indonesian ancestry. It is also not clear if this is accurate.

Beyoncé’s paternal grandfather was Matthew/Mathew Q. Knowles (the son of Taylor Knowles and Girlie/Gurlie/Gerlie Mae Miller). Matthew was born in Alabama. Taylor was the son of James Isaac Knowles and Sarah Elizabeth Dixon. Girlie was the daughter of Prophet Miller and Jane Hall.

Beyoncé’s maternal grandmother was Agnès/Agnèz DeRouen/Deréon (the daughter of Eugène-Gustave DeRouen/Deréon/Derezen and Odelia/Odilia Broussard). Agnès was born in Decambre, Louisiana, and was a prominent seamstress. Eugène-Gustave likely was the son of Eloi Jacques DeRouen. Odelia was the daughter of Éloi/Éloy-René Rosemond Broussard, who was white, of French descent, and of Celestine Joséphine Lessee/Lesse/Lesser/Lacy/Lacey/Lessassier, who was black/mixed-race black, and the daughter of a slave mother. Éloi and Joséphine had many children together, and possibly married. A picture of Beyoncé’s great-grandfather Eugène-Gustave can be seen here. 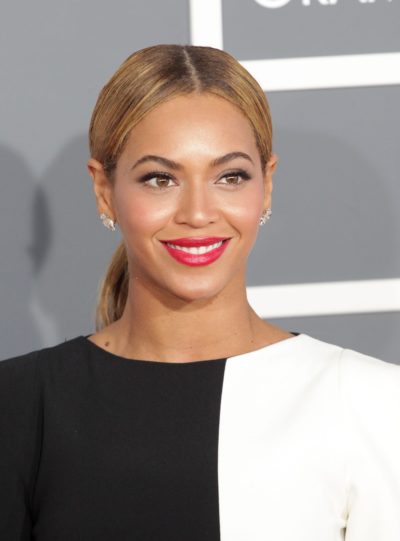