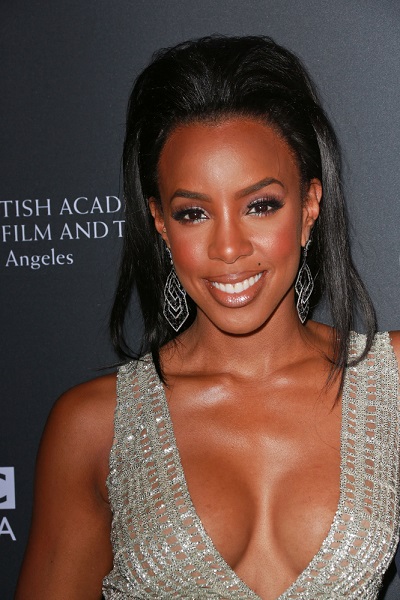 Rowland in 2013, photo by Prphotos.com

Kelly Rowland is an American singer, songwriter, actress, and television personality. She was a member of top-selling R&B girl group Destiny’s Child, along with Beyoncé, Michelle Williams, and also originally LeToya Luckett and LaTavia Roberson. Along with her group mates, Kelly has won multiple Grammy Awards and has sold more than 50 million records worldwide. She has recorded a number of solo albums. She also appeared in the film Freddy Vs. Jason.

Kelly is the daughter of Doris Rowland Garrison and Christopher Lovett. She is married to her manager Tim Weatherspoon, with whom she has two children. An interview with Kelly and her father can be seen here.

Kelly grew up inspired by Whitney Houston and sang in the church choir. She was raised in Houston, where she met Beyoncé. Beyoncé’s parents Matthew and Tina agreed to provide legal guardianship over Kelly. In the early ’90s, Kelly and Beyoncé performed as part of the band Girl’s Tyme. By 1997, the group had signed a record deal with Columbia under the name Destiny’s Child, managed by Beyoncé’s father.

Kelly’s surname Rowland is Scottish. The first Rowland was found in Ayrshire county in Scotland.