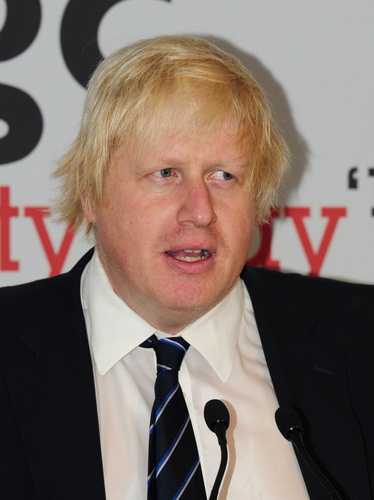 Johnson in 2011, image via Featureflash / Shutterstock.com

Prime Minister Johnson was born in Manhattan, New York City, New York, to British parents. His father, Stanley Johnson (Stanley Patrick Johnson), was born in Penzance, Cornwall, and is a politician and author, who was a Member of the European Parliament for Wight and Hampshire East, from 7 June, 1979 to 14 June, 1984. His mother, Charlotte Johnson Wahl (born Charlotte Offlow Fawcett), was born in Oxford, Oxfordshire, and was an artist. His family returned to England later in 1964. He is the brother of editor, journalist, television presenter, and author Rachel Johnson and Conservative Party politician Jo Johnson.

He is said to have been named Boris after a Russian-born man his parents knew.

Prime Minister Johnson was baptized Catholic. As an adult, he was confirmed as an Anglican.

Prime Minister Johnson is married to political activist and conservationist Carrie Symonds. He has at least six children, including a daughter with arts consultant Helen MacIntyre; four with his former wife, lawyer, author, and columnist Marina Wheeler; and a son with Carrie. Marina is the daughter of Sir Charles Wheeler, a BBC correspondent, and of a Pakistani Sikh mother. Carrie is the daughter of co-founder of The Independent newspaper, Matthew Symonds.

Prime Minister Johnson’s step-mother, Jennifer Kidd, is the daughter of classical music composer Richard Arnell, and the step-daughter of businessperson Joseph Sieff, who was Chairman of Marks & Spencer.

Prime Minister Johnson’s maternal grandfather was James Edmund Sandford/Sanford Fawcett, a lawyer (the son of The Rev. Joseph Fawcett and Edith Annie Scattergood). James was English, born in Wallingford, Berkshire, England, with roots in Cumbria and the Midlands. The Rev. Joseph was a Church of England minister, and was the son of William Fawcett and Annis Clark. Edith was the daughter of James Scattergood and Mary Anne Stamps.

Prime Minister Johnson’s matrilineal line can be traced to Mary Case, who was born, c. 1738, likely in Southold, Suffolk, New York, the daughter of Benjamin Case and Esther.